This post stems largely from a conversation I had in Pizza Hut this week. Yes, erudite stuff can happen in Pizza Hut.

Different creative mediums place different responsibilities on both creator and audience, depending on their level of interaction. My writing friend comes from a theatrical background; I come from a roleplay one. This means that our assumptions about our readers are subtly but importantly different.

And in writing? Well, it’s the same. I can take inspiration from the thousands of stories that unfold in the roleplay arena, and the oh-so-human characters that are played out, but I have to remember that when it comes to the page the responsibility for imagination is on my shoulders.

That said (and I’m going to segue seamlessly here), I went to an interactive play a couple of weeks ago where the responsibility was very definitely extended to the audience. You can see a full review of it by my friend Peat Carrington here so I won’t go into details. The point is that there wasn’t a story unless the audience filled in the gaps. It started as an interesting tour of the local area, with details of an historical business that the theatre company were trying to revive. The story was the recent death of the company’s re-founder, and her relationships with the various tour guides, but it was dropped in as very subtle hints along the way. The audience definitely had to bring their imaginations rather than the other way around.

The other thing about that particular play – and again, this might be my roleplay background colouring things – was the difference between the expectations built at the beginning and the ending delivered, which links into my previous blog post on causal chains. The title was A First Class Death. It’s not just me that assumes this is a murder mystery, right? Because it opened with a walking tour, and kept dropping subtle hints about this recently deceased woman, I was prepped for another murder or at least an attempt. I kept looking behind me for dodgy types waiting to rush the crowd, and wouldn’t get too close to the tour guide in case he had a gun in his pocket. By the time the tour part was over, I was properly on edge.

Turns out the woman died of cancer. This was just her wake. No murder, no mystery. In consequence, I left the show feeling rather flat. Taken without context it was a very interesting and thought-provoking look at the trappings of death. But because I brought my imagination and then received nothing for it, it didn’t deliver. So where did the responsibility for imagination actually lie, in that example? Well, ultimately the buck in a creative work always stops with the writer. If, as a writer, you want to ask the audience to put some effort in, you’d better make sure that effort is rewarded in a manner that fits the expectations you’ve raised. 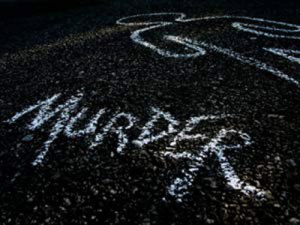