Most narrators are pretty reliable. They tell the truth, show you the clues, give you all the information to let you understand the story as it unfolds. But what happens when you want to write a narrator that is unreliable? You have to think about style, and how you unfold the story, in a very different way. You have to think both about what the readers think they know and what’s actually going on, how to achieve that misdirection and how/when to reveal the truth. It adds a whole layer of complexity to an already challenging task.

According to wikipedia, that font of all knowledge, the term ‘unreliable narrator’ was first coined in 1961 by Wayne C. Booth in The Rhetoric of Fiction. So now you know. William Riggan subsequently classified unreliable narrators into the following categories:

There’s a couple of ways that unreliable narration can go. It can be clear from the outset, leaving the reader to try and figure out what’s true and what’s false. It can be concealed until the end, and then the big reveal makes the reader reconsider their thoughts of the whole book. Or it can never be outright stated, just hinted at, leaving the reader uncertain how much to trust.

Conan Doyle is an interesting type of Liar, although through omission rather than untruth. Unlike Agatha Christie, who usually (but not always – Murder of Roger Ackroyd narration is highly deceptive) provides the audience with all the information relating to the mystery and gives them the chance to work out the solution, Sherlock Holmes stories frequently conceal important clues. Holmes sees or learns something which he doesn’t unveil until the denouement – this counts as unreliable storytelling. Or, as the raptor puts it, ‘Sherlock’s a cheating bastard’.

But what about when the narrator is outright lying to the audience? This is something I’m playing with in Animus, where the narrator can change people’s memories and therefore tell two different stories – the one that happened and the one that she’s feeding other people. Writing that is proving really challenging. Susan Howatch does it by having each chapter narrated by different character with different biases, but that technique (whilst definitely instructive, and character bias is a key point) isn’t applicable to Animus. The Book of the New Sun by Gene Wolfe is apparently a good example of a solo lying narrator, so I’m going to have a read and see what lessons I can pick up.

The other thing to bear in mind, of course, is what having an unreliable narrator does to the relationship between the story and the reader. If they can’t trust or have their trust broken by the story, how will they react? It’s going to become a very different dynamic, one way or the other. The trick is to make sure it’s one that adds something to the experience of the story. 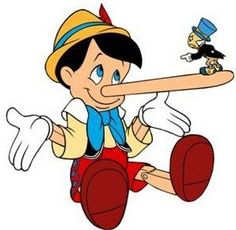 Incidentally, this issue is not to be confused with the ‘then I woke and found it was all a dream’ ending, which is just a big cop-out. Possibly more on that later.